Greetings, and welcome to the Requiem of Lost Souls campaign. This is a game that is story immersive, character progressive, and focuses a little more on role playing. There are some distinct differences that I instituted when I created this campaign.

Leveling: One thing that I noticed when playing in other games is that characters are relatively young when the campaign starts. Through the course of the game, these characters level up and earn experience and by the time of their next birthday, these characters are at epic levels! This seems completely unrealistic (yes I know it’s a fantasy game, but bare with me). Because of this, this campaign is broken in up into long episodes that can last over several levels. At the end of an episode there is a (in-game) time span before then next episode begins. This time span can anywhere between a couple of months to a couple of years. In other words, characters will age, get wiser, and basically live their lives outside of “adventuring”.

Additionally, experience points are accumulated via defeating challenges; whether by combat, skill challenges, roleplaying, etc. In the Requiem of Lost Souls campaign, there are no “experience points” per se. Characters level up by reaching milestones in the game. Milestones are achieved by story and/or character progression. There are many ways to progress a story, but its all encompassing of what the players decide to do. In other words, “farming” monsters for experience will not level you. Milestones occur when characters uncover important plot points, advance the current story, etc. This ensures the characters level up, but in a consistent way that’s relative and relevant to the story.

Goals: I encourage my players to come up with long term goals for their characters. These goals and ambitions will play concurrently with the main story and can make for some interesting character development. The idea here is that the character will be more interesting to the player (and the game in general). Do they want to rise in power and become one the ruling houses? Do they want to become the leader of their own organization? The living weapon of their church? These things require clear goals and training to achieve. In the above examples: How did you get your training? Did you seek out a teacher? Join a guild that taught you the technique? Did you learn from a professor at a Magic Academy? Are you seeking a powerful artifact that amplifies your magic powers? Again, all these things should (hopefully!) be happening in parallel to the story arc.

NPC’s: Another difference with this game are the NPC’s. A lot of campaigns that I have been involved in, the NPC’s are nothing more than quest givers. Occasionally there are few NPC’s in town that have minor recurring roles, and maybe a couple have some more important roles, but for the most part they don’t have an impact on what happens to the PC’s. In Rites Of Passage, many of the NPC’s have their own motivations and goals that occur in the background while the game is progressing. These things occur whether or not the players progress the story as the world does not stand still. Generally, NPC’s have influences, various knowledge, and their own agenda. This ensures that the world is dynamic and help brings the setting to life.

Mood: The tone of the game is a gritty and attempts to be a little more on the realistic side.

From a player standpoint: Players should understand that the things they do have an affect on the world around them and the actions they take may come back to haunt them if they are not careful. Successful players in this campaign tend to be smart, quick, and charismatic that use their muscle at the right time. Try to think one step ahead and keep in mind that not everything are always as they seem.

Characters: In the Souls of Legend campaign, the characters are the true motivation and drive for story progression. Therefore, the game will be more involving (and hopefully interesting) for the players if they create a character that is a little more fleshed out. A tight concise background is helpful, but not always a complete package. Later on during character creation, part of the development of your character’s background will be slightly more fleshed out via a homebrew background table that helps insert life’s random ups and downs that made your character who he/she is today.

Attributes: Attributes are determined by using the Point Buy system from the PHB. Attributes are important, as they are a representation to the limits of what your character can do physically and mentally. Do not be so quick to “dump” stats. You can not play a particularly smart character with an Intelligence 8.

Professions: Any of the classes are available, provided they fit with the Forgotten Realms setting. However, dismiss the idea of being an “adventurer”. Your background should give you a good starting point, but it doesn’t tell you anything about how he/she arrived at his/her current occupation. Think long term on this one. So what is your character’s ultimate goal? To control a Major House?

To rise up in power within his guild? To become the city’s most dangerous assassin? Having a true motivation for a character will help make the character more than just a mere adventurer. For example, if your background is gladiator…. where does that leave your character now? Did he escape? Did he win his freedom? Was he purchased and then released? These things will help flesh out your character.

Races: Any of the legal races are allowed. Monster Manual races; however, are not. Keep in mind that the people of the Sword Coast will react to your race based on physical appearance and reputation.

Experience Points: Experience points are not given out in the normal D&D fashion, in fact, they are not given out at all. Characters are leveled as they complete gaming “milestones”. This ensures that characters are involved in the plot and can not “farm” exp and level through just sheer combat alone. Trust me when I say, it’s not as bad as it sounds. For those of you that are used to gaining experience points, it may be a little jarring at first, but it is really and easy system to get used to.

Massive Damage: Massive damage rules apply in this campaign and is reflective of the dangerous atmosphere of the story.

Starting Level: The starting level for new characters in Episode 1 of this campaign is 1. If you enter the ongoing campaign, you will start at the same level as the party.

Class Restrictions: Only official classes can be played. No Unearthed Arcana or other 3rd party materials.

1. If the campaign uses the optional rules for feats, then the following archtypes will have some minor homebrew tweaks for better balance: Way of the 4 Elements Monk, The Berserker Barbarian, and the Beast Master Ranger.

2. Warlock spell slots can not be converted to sorcery points or paladin smites if the character multi-classes into sorcerer or paladin.

3. The druid spell Healing Spirit is not currently allowed unless errata is applied.

Skills: Pay close attention to what skills you choose. There are plenty of skill challenges that involve the full range of skills that the “typical” PC may not use.

Magic Items: In this game, magic items are a bit more rare and special. There is no “ye old magic shop” to buy potions and magic weapons and stuff. Magic items are found in the game, possibly as rewards, through exploration, etc. This generally means that characters will have fewer magic items, but that they will have more meaning and be special. All the encounters are a balanced with the current power level of the group. All new characters start off with NO magic items.

Starting Money: New 1st level characters will start off with the standard starting gear for their class.

Entering the game at a higher level: Contact me for starting gold and magic items. This will vary based on level. 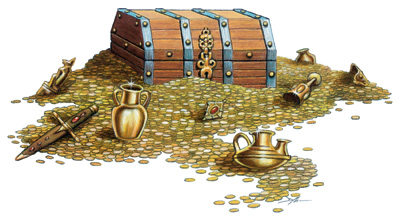 Optional Rules (background life events): These are optional rules that players are given if they want to inject a some randomness in their character background. There are a handy dandy set of tables that players can roll on to determine various things about their past. This has no way of limiting you on what class/race to play, but what it does is create an interesting, often unexpected turn of events that got your character to level 1. We can’t always plan for the randomness of life.

For example, You could want to play a human rogue. Of course you can write a history as we normally do which is fine. But if you rolled, let’s say you get: Academic Background: teacher, come from a pirate family, and through the course of life both your parents were murdered, also you made an enemy of a local organization.

Requiem for the Lost (Souls of Legend Part II) Comments

I'm sorry, but we no longer support this web browser. Please upgrade your browser or install Chrome or Firefox to enjoy the full functionality of this site.